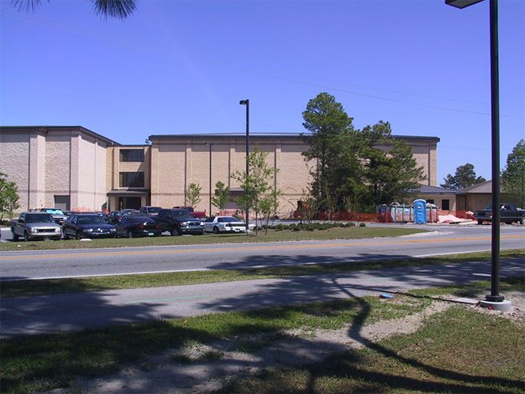 The CV-22 Training Device Support Facility is a three story 55,500 square foot facility which contains administrative and support offices for the new CV-22 tilt rotor aircraft. The facility has a large simulator bay constructed of cast in place concrete columns and beams that is accessible via roll up doors. The adjacent computer and equipment rooms support the simulator which is designed to train pilots on the use of this new aircraft. Additionally there are a multitude of large open area offices and individual office spaces. Another component of the project was the construction of a new 8,100 sf weather building which was a steel structure with CMU cladding that contained numerous offices and work areas in an open bay setting accessible via roll up doors.

Due to the sensitive nature of the CV-22 program, the building was designated as a Sensitive Compartmented Information Facility (SCIF). SCIF elements include: Intrusion Detection Systems consisting of motion detectors, alarms, and balanced magnetic switches; Access Control using Card Readers; STC rated wall and door assemblies; security bars in HVAC duct; Telephone Security Group (TSG) containing Sipernet; and, diamond mesh in walls at high security areas. The project required demolition of existing metal buildings prior to construction of the new facility. Speegle self-performed demolition of the buildings, all site work and vertical concrete for the project. 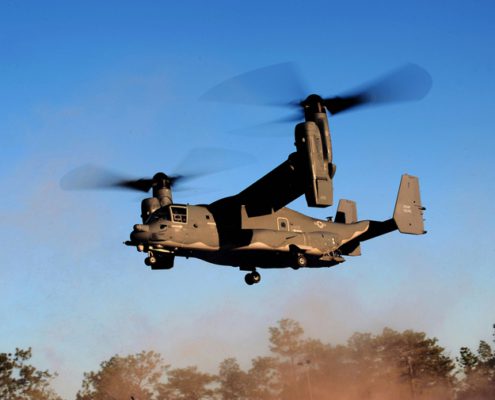 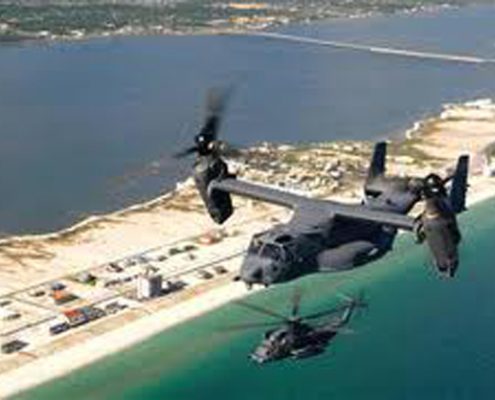 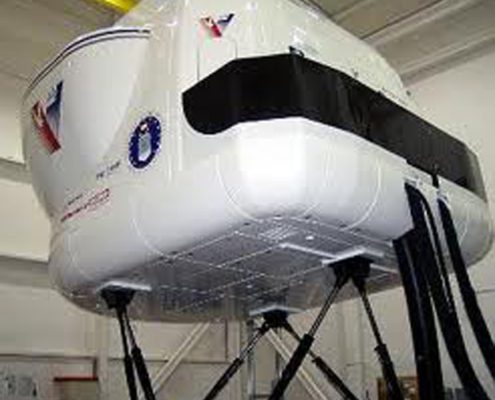