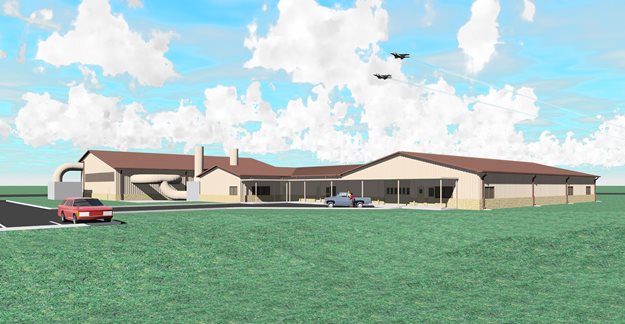 Speegle was awarded this Design-Build project at NAS Whiting Field through the Southern Division Naval Facilities Engineering Command. The project consisted of the design and construction of multiple pre-engineered metal buildings which includes a 10,808 square foot Aircraft Paint Facility for the T6 aircraft that included an aircraft paint booth and aircraft blast bay, and a 3,300 square foot aircraft washrack. All buildings were clad with a split face masonry veneer and a standing seam metal roof.

A unique requirement of this project was the design of a plenum hangar door and a return air system directly opposite it that resulted in laminar flow over the aircraft wings during paint operations. The design team developed and tested a project unique design; resulting in the first fully functining facility of this type for the Navy. Due to the hazardous nature of the paint and blast media, a unique filtered exhaust system was designed. Life safety considerations required the installation of an AFFF under wing fire suppression system with special containment features. Explosion-proof fixtures and receptacles were installed in the hangar areas. 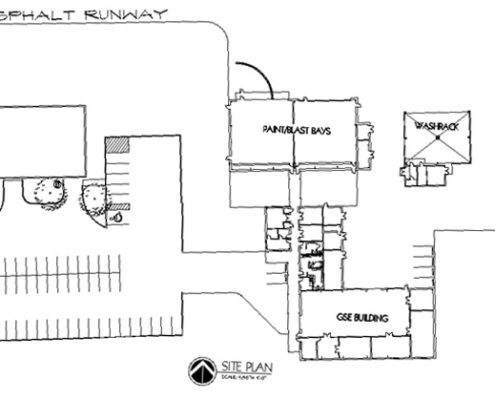 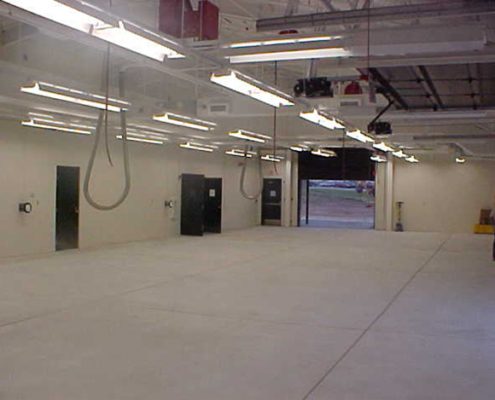 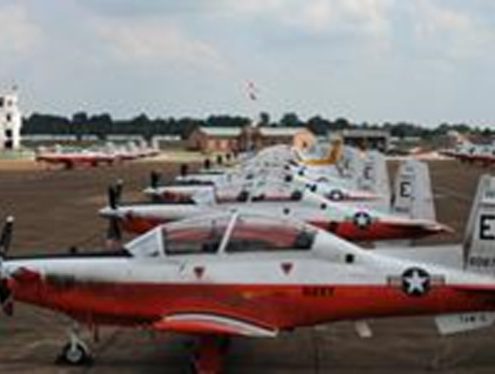