You are here: Home1 / Company History 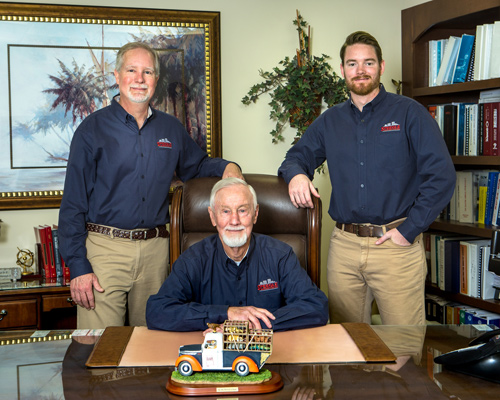 With little more than a dream and a $500 pickup truck, Jim Speegle founded Speegle Construction in 1970.  Speegle Construction, Inc. developed from Jim Speegle’s life experiences gained by working for his father’s construction company as well as utilizing his Civil Engineering background.  Jim quickly grew the company into a strong regional player along the Florida Space Coast and extended Speegle’s reach to the Caribbean Basin, North Africa and Diego Garcia in the Pacific Ocean.  In 1996, Speegle tapped into the tremendous growth occurring in the Florida Panhandle by opening a new office in the region. Jim’s son, Troy was tasked with growing this office.  The great success enjoyed by the Panhandle office resulted in Niceville, Florida becoming Speegle Construction’s new corporate headquarters, and ownership passed from father to son in 2002. Troy managed the company thru 2020, extending the company’s service footprint throughout the Southeastern and Southwestern United States.

In January 2021, Troy Jr. became the new owner and President of Speegle. As a 4th generation builder in the Speegle Family, he is continuing the fine tradition of excellence that has been Speegle’s hallmark in successfully executing over $850 Million in contracts over the past 45 years.